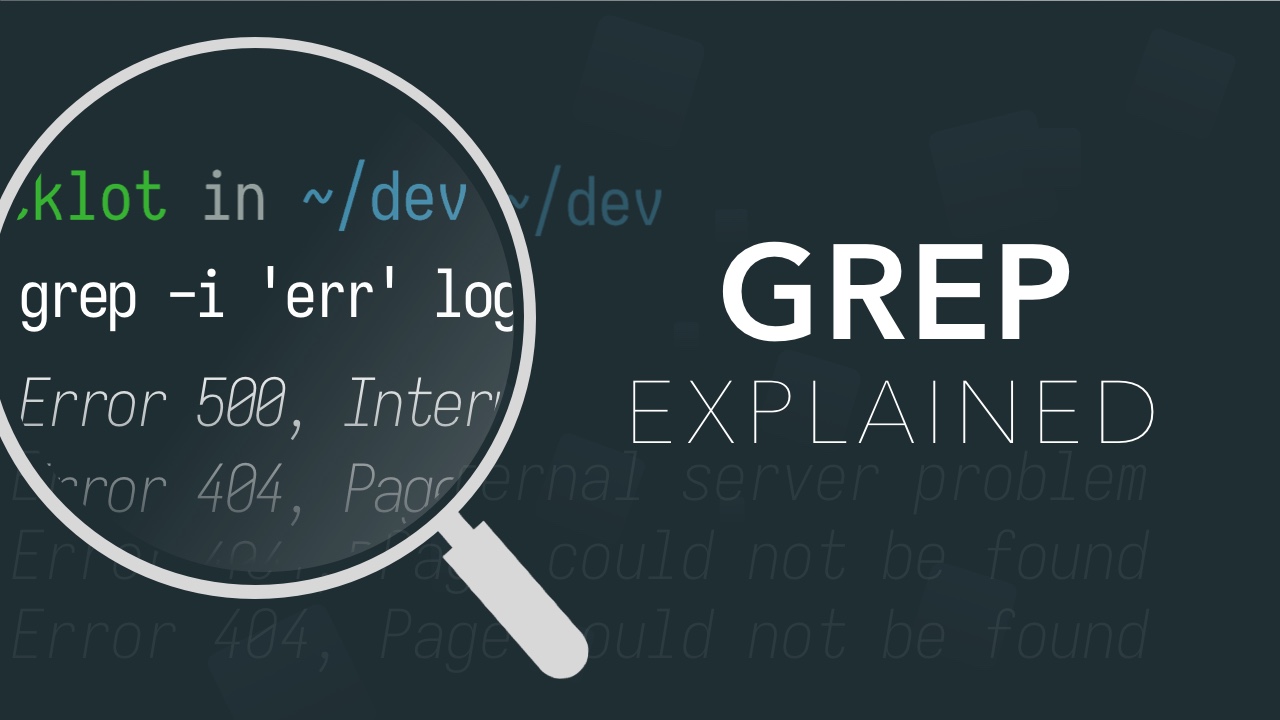 Grep is a search utility that will look at each line of a file and check for matches against a given search pattern.

This command performs a case-insensitive search (-i) for the term “error” in the file “logfile.txt”. The output will include any line where the search term is found.

-i: Perform a case-insensitive grep search
-n: Display the line numbers
-v: Display only lines that DON’T match the pattern

These are the most common options you’ll see used with Grep, but there are others.

Use the -n option to have Grep show the line numbers where matches were found.

Search every file within a directory using Grep

Specify the -r (recursive) flag and a directory to Grep to search every file found within that directory.

Search every file within the current directory using Grep

Specify . instead of a directory name to indicate that Grep should search within the current directory.

Search only files with a certain extension with Grep

To search only files with a certain file extension, utilize Grep’s --include flag. The following example will only Grep within .css files:

Write Grep results to a file

By default Grep will only print to standard output. To instead instruct Grep to print results to a file, use >:

Use Regular Expressions inside a Grep command

The Grep search pattern can include a variety of RegEx matchers. In this example, we are searching for lines that start with either “Error 401” or “Error 403”:

Want more info about RegEx with Grep? Try this article.

A Simple Introduction to Sed

An Introduction to Combining Grep and Sed

terminal grepsed
Combine the search functionalities of Grep, with the replacement abilities of Sed for efficient d...
I hope this blog helped you! Absolutely no pressure, but if you're inclined, I definitely appreciate coffee :)